On Thursday, June 13th, Senate sponsored an event at Mass Crane & Hoist’s new corporate headquarters in Tyngsborough for the Middlesex 3 Coalition. Featuring guest speakers from Mass Crane, the Town of Tyngsborough, and Senate, the event covered the future of development in Tyngsborough, focusing on Mass Crane’s new state-of-the-art manufacturing facility.

It was a rainy morning, but that didn’t damper anyone’s spirits as we had more than 50 attendees gather to hear about the project and take a tour of the new facility.

Special thanks to Stephanie Cronin & Erin Kokinda from Middlesex 3; George Frost, Scott Frost & Chris DeTurk from Mass Crane; Eric Salerno & Matt Hanson from the Town of Tyngsborough; and Rob Rose of Senate for all of your hard work in creating this successful event!

Check out our photos! 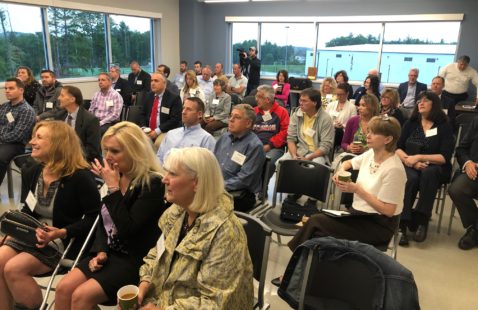