The renovation of the building, originally built in 1978, included two phases. In phase one, the team gut the 25-ft. high former warehouse portion of the building of offices and showrooms, while keeping the Executive Office Wing fully occupied and operational. Adding an entire 20,000 sq.ft. second floor inside the existing building, the now almost 37,000 sq.ft. area is a first-class office space and includes training classrooms and product showrooms.

For phase two, the team performed a complete renovation of the 12,000 sq.ft. Executive Office Wing. It was completed in time for Standard Duplicating Machines Corporation to celebrate its 100th year in business. Senate Construction played a major role in design/build MEPs, which resulted in a substantial savings for the owners. 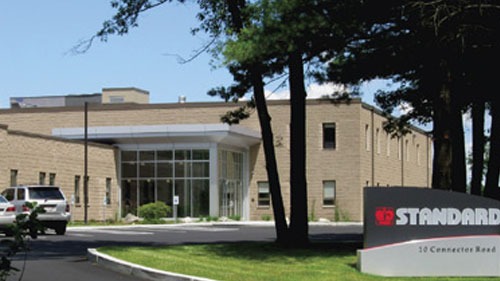